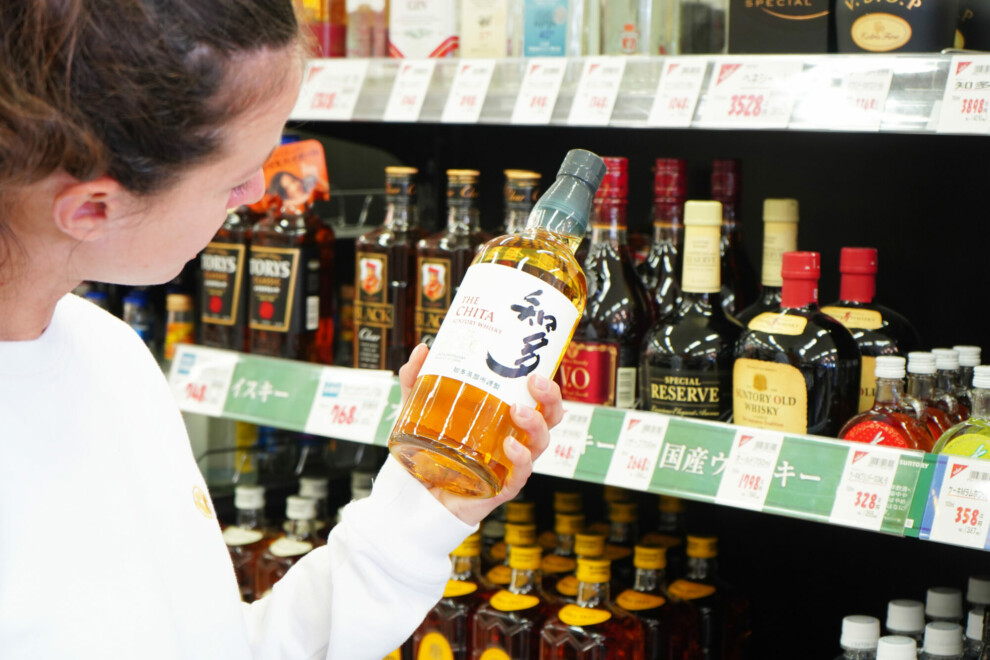 The Japanese Whisky History: From Reluctance Until Its Glory

Do you know the origins of The Japanese whisky? And did you know that the Japanese did not immediately embrace this barrel-aged grain spirit? Over the years, however, its prominence steadily increased, giving today’s Japan the forth place, just outside the podium of the largest producers of whisky in the world.

The history of Japanese whisky begins at the source – the Celtics, the Scotch and Irish. The whole whisky history is shrouded in mystery, since very little is recorded on that matter, before the famed establishment of Suntory’s Yamazaki Distillery in the early 20th century. What we do know is that a few shochu and sake breweries produced Japanese whisky on the side as early as the 1850s.

Japan had been closed to outsiders for over 200 years before 1853. This isolation came to an end when the American Commodore Matthew Perry rolled into Tokyo Harbour with a small fleet of advanced warships demanding the two countries begin trading. The Convention of Kanagawa was formalised under the threat of force. Trade between the West and Japan bonded once again.

Perry’s crew left a 110-gallon barrel of whisky for the Japanese as a parting gift. The dark, scent intense, mysterious spirit was a big hit. But there was a problem: no one knew how to recreate this desirable liquor.

Early attempts at whisky production were not very successful. The Japanese had realised, due to their isolation, they were very far behind the West. Without a technical know-how, production of all sorts of dangerous distillate continued over the following decades. The Japanese did not give up, embracing the concept of Wakon Yosai (和魂洋才) – meaning – “the Japanese spirit with Western learning.” It became the rallying cry for the Japanese after the reintroduction to the West. The term continued through the early 20th century.

In response, Japan sent ambassadors and scientists across Europe and North America to learn about modern governance, science, and education… and whisky making.

During this period of enlightenment, a young chemist named Masataka Taketsuru was beginning a legendary career. He was employed by the Settsu Liquor Company, who had him mixing grain alcohol with other ingredients (juice, spices, and perfume) to approximate whisky taste and colouring.

Luckily, the inefficacy of these early, toxic experiments became clear pretty quickly. Settsu decided to send Taketsuru-san to Scotland to begin studying a formal whisky production, under his supervisor’s eye, Kiichiro Iwai (岩井喜一郎), the eventual founder of Mars Whisky. Taketsuru would attend the University of Glasgow in 1918 and then a variety of apprenticeships at distilleries. He gained experience at two Speyside distilleries, where Longmorn introduced him to blended whisky. While at Bo’ness distillery, he would learn about the use of Coffee stills for grain whisky distillation.

Taketsuru would take a break to marry Rita Cowan in 1920, after which they moved to Campbeltown. He took a longer apprenticeship at Hazelburn, further advancing his experience in whisky making. He was a very diligent student, taking detailed notes of the entire production process.

The young couple returned to Japan at the end of 1920, where Taketsuru resumed his employment at Settsu. To Taketsuru surprise, the company wasn’t interested in starting serious operations as a whisky distillery, so he quit. His wife Rita managed to support both of them by teaching English, while her husband looked for work. Taketsuru would not be unemployed for long. Shinjiro Torii, another Japanese whisky pioneer had heard of Taketsuru expertise. His company – Kotobukiya –  was opening a distillery in Yamazaki and so he hired Taketsuru to lead the production process.

Suntory originally offered an alcoholic beverage called Akadama Sweet Wine, which was a huge success for the company and continues to be sold today.

In 1929 Suntory Shirofuda created White Label that went to became the first authentic Japanese whisky. Unfortunately, the Japanese were not ready for it and so did the sales turn out poor. Torii was not pleased, so he demoted Taketsuru to beer manager at a plant in Yokohama. With just one year remaining on his contract, Taketsuru decided his time was up and quit, eventually establishing one of the most popular Japanese Whisky companies: Nikka Whisky.

Japanese Whisky and the military

During this time, Japan was fighting in World War II. The military required all companies to supply them with resources. Luckily for Suntory and Nikka, the military loved whisky. The Imperial Navy was especially fond of the Western spirit, and the port town of Yoichi was home to a major installation. The navy basically took over the distillery to make whisky for rations. This forced connection would help Nikka survive its early years and allowed Suntory to prosper.

Despite the failure of White Label, the second whisky released from Suntory – the Suntory Kakubin – became a hit and continues to be Japan’s #1 best-selling whisky. To spread the knowledge and passion for Japanese whisky, Suntory opened whisky bars around the country in 1955.
In 1970, Suntory revolutionised how the Japanese food and drinking culture by creating the “Mizuwari,” a water and whisky drink that was easy to drink and enjoy with Japanese cuisine.

Today, Suntory and Nikka are two of the top award-winning Japanese whisky distilleries and have been recognised around the world for their exquisite traits.

Rebuilding the glory of Japanese Whisky

Even after Japan’s surrender in WWII, the military was a big supporter of the big whisky distilleries. It was the American military this time, and the companies would receive favorable treatment once again. The Japanese public saw whisky as a modern beverage. At first, it was consumed primarily by wealthy businessmen and the occupying military. Imported Scotch was limited. Suntory and Nikka were the primary suppliers of domestic whisky after the war. Slowly at first, whisky began to become more popular in Japan. High-end Japanese whisky and Scotch were popular among the upper class, while the cheaper stuff caught on with the working class. The everyday salaryman fell into the latter group, among which whisky highballs were another favorite.

In 1946, the Hanyu distillery began producing whisky in Hanyu, Saitama. This distillery made the original Golden Horse* blended whisky brand. Continuous column whisky was the backbone of their early production.

In 1955, Torys Bars and Suntory Bars opened up all over Tokyo and Osaka, and soon they were over the country. These bars were centered around affordable whisky and resembled English pubs. They helped fuel the whisky expansion to all corners of Japan. Unfortunately for Taketsuru, around that time, his wife Rita died in January 1961, at the age of 64. Masataka was devastated. She made critical contributions to Nikka’s success, making Rita an unexpected icon of Japanese whisky history.

This period of growth saw the rise of other new whisky producers. The legendary Karuizawa distillery started production in 1956. Miyagikyo became Nikka’s second distillery in 1969. Suntory would respond four years later with the Hakushu and Chita distilleries. The beer company Kirin founded Fuji Gotemba the same year. Finally, the Mars Shinshu distillery would begin operations in 1985.

Though Suntory and Nikka are the two most prominent Japanese whisky companies in Japan, they’re not the only ones making whisky history.

Domestic whisky consumption and sales continued to rise, peaking in the early 1980s. However, skinny times were beginning to emerge by the end of the decade. Japanese government had long instituted protectionist tax rates against imported spirits. Taxing spirits by alcohol percentage was also being requested. Suddenly, there was a lot of high-quality and fairly-priced competition from Scotland. These reforms also afforded shochu a lower tax rate— just as its popularity was surging with younger drinkers. All of these changes hurt the market for Japanese whisky. And the worst was yet to come.

Economic stagnation in Japan brought about a period dubbed the “Lost 10 Years”. Whisky became associated with the salaryman, now derided as a symbol of the bust by some. Shochu and other clear spirits once again gained market share.

Distilleries began closing around this time, starting with Hanyu. Hanyu Distillery was opened in 1941 by the Akuto family, a well-known family who produced other alcoholic beverages in their brewery in the 1600s. Unfortunately, the Toa company that owned Hanyu Distillery declared bankruptcy and had to shut down the distillery in 2000. There was much value in the remaining unique and exquisite whisky bottles from Hanyu Distillery.  In 2000 they sold their remaining stocks and equipment. The Karuizawa distillery closed the following year, and Mars Shinshu shortly after that. Luckily, Ichiro Akuto, along with the help of another brewery and lesser known whisky company, was able to rescue the remaining stock of Hanyu Distillery and established Venture Whisky Ltd. in 2004.

These events marked the bottom of the decline in Japanese whisky sales. The remaining producers continued to create high-quality distillate, but production volumes were limited. Japanese whisky glory times were just around the corner…

The historic comeback of Japanese Whisky

All these accolades didn’t happen in a vacuum.

Demand for premium Japanese whisky began rising swiftly— and then Bill Murray and Lost in Translation happened. The hit featured Bill struggling over a dram of Hibiki 17 and a language barrier. This humorous scene was a powerful introduction of Suntory and Japanese whisky to the mainstream global market, and it further fueled demand.

Around this time, another exciting development in Nippon whisky history was taking root. Ichiro Akuto, whose family owned the shuttered Hanyu, purchased the remaining stocks from the distillery and founded Venture Whisky. He began blending and bottling the whiskies under the brand Ichiro’s Malt. His Card Series generated staggering enthusiasm and prices. In 2007, Akuto-san founded the Chichibu distillery in Saitama. Four years later, 7,400 bottles of Ichiro’s Malt “The First” became available. It sold out in 24 hours. Other producers would begin cashing-in on the surging demand for Japanese whisky, and continues to this day, where the Japanese whisky business has boomed and become even more popular out of the country than in Japan itself. The Highball drink, a simple mixture of Japanese whisky and soda, has become a staple to drink with Japanese dishes.

These are just some of the household Japanese whisky brands that you might want to familiarize yourself with if you aren’t yet:

Have you tried Japanese Whisky yet?

10 Christmas Gift Ideas For Her (Inspired By Japan) 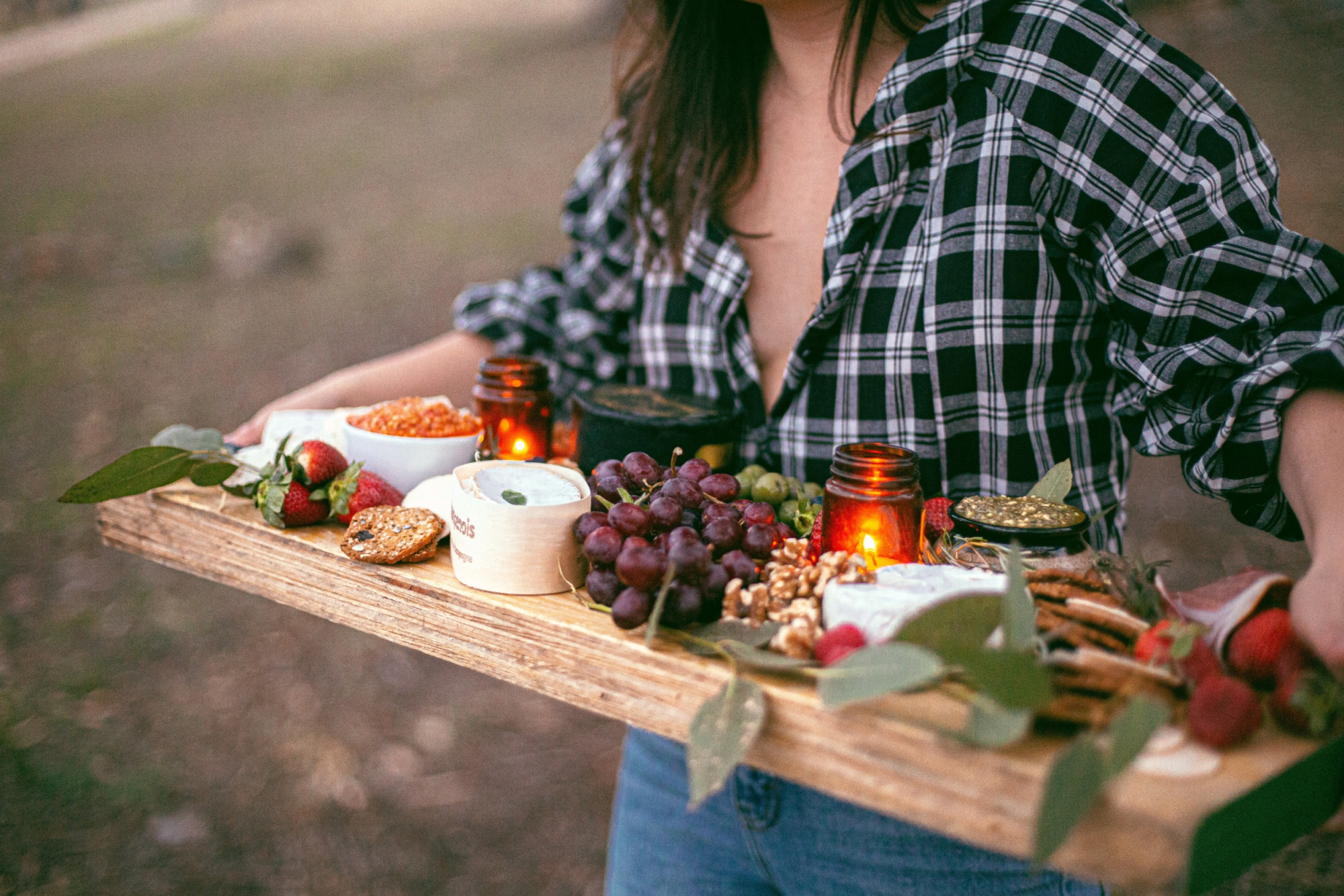 How to make a charcuterie board

Charcuterie boards have become increasingly popular nowadays. Not only are they delicious and enjoyed by many, they also make for the perfect Instagram post. With